The Ducht contribution to Argo

The Dutch involvement in Argo started in 2004, when KNMI bought three floats. The were deployed from the Dutch research vessel Pelagia between Spain and Rockall (a small island west of Scottland) later that year.

Below you see an overview of groups of Dutch floats deployed, ordered by deployment area and date. Clicking on the respective links opens a page showing the trajectories of the floats. Below the figure you find links to the measurments of the individual floats.

Development of the Dutch contribution

The Dutch involvment in Argo started is 2004, when KNMI bought three floats and had them deployed by the research vessel Pelagia of the Netherlands Institute for Sea Research ( NIOZ ). In the following years floats were launched from Dutch, German and French research ships in the Atlantic Ocean and the Indian Ocean. Since 2012 we cooperate with the Dutch cruise ship owner Oceanwide Expeditions. Every year they perform cruises between South America and Antarctica, creating a deployment opportunity in an area that is usually difficult to reach. See their blog-post on the cooperation.

Since 2004, 89 floats have been bought and deployed, with wenty-two of them still working (Dec. 2019). The others have reached their liftime of about four years. Their batteries are empty, and they have fallen to the sea bed. 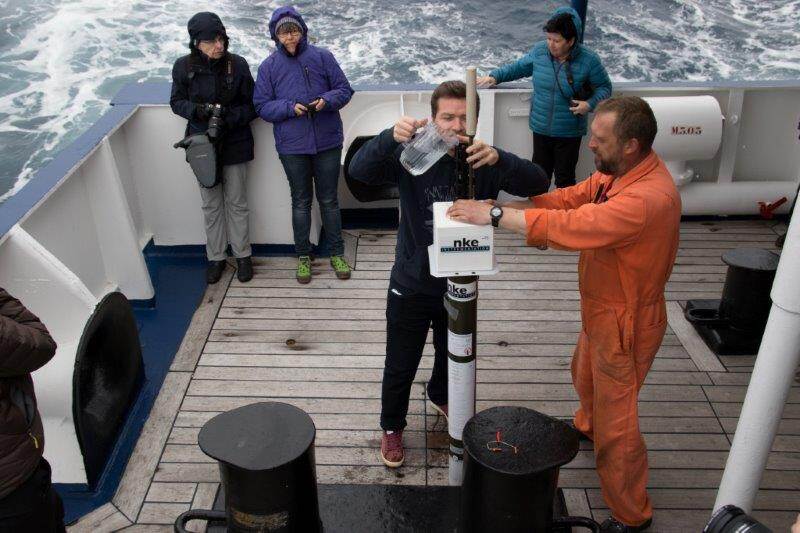 An Argo float is prepared for launch on board of the criuse ship Plancius.

In 2009 the Dutch broadcasting cooperation VPRO organized a journey around the world with the clipper 'Stad Amsterdam' to commemorate Darwin's historical journey. On board were three Argo floats, one for each of the three major ocean basins. The journey generated 35 weekly 30-minutes TV items that attained great attention. The deployment of the first Argo float (named "FitzRaoy" after the captain of the original Beagle) features in episode 5. 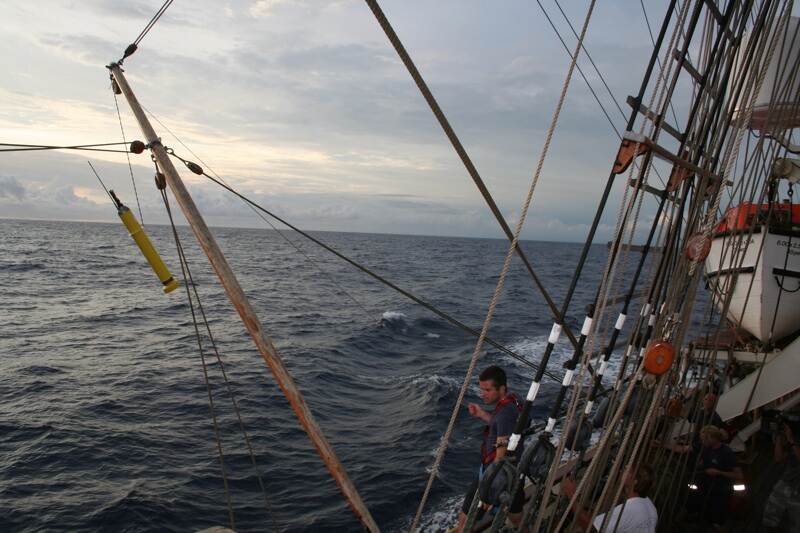 An Argo floats is launched from the modern Beagle 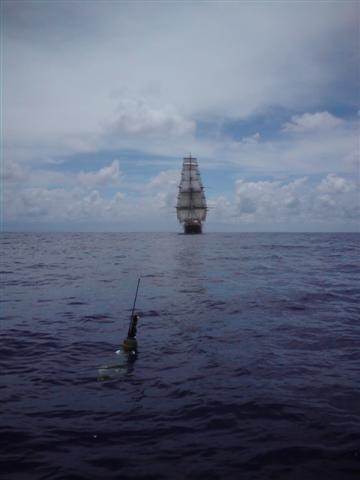 The second Beagle float (named "Sequence") has just been deployed, while the sailing ship continues her journey.