The GEWEX Atmospheric Boundary-Layer Study (GABLS) focus on the representation of stable boundary layers in atmospheric models (Holtslag, 2006). One of the main goals of GABLS is to provide a mondial platform for the atmospheric boundary layer research community through the organisation of model intercomparisons. Here we focus on single column models (SCM’s), which can be both research models and SCM’s derived from operational weather and climate models. Two SCM intercomparison case studies have been performed so far. One highly idealised case over snow with prescribed surface temperature (Cuxart et al., 2006) and a second case based on observations taken during the CASES 99 stable boundary layer experiment also with prescribed surface temperature (Svensson and Holtslag, 2007).

In these first two studies it was found that especially the complexity of real world boundary conditions and the lack of interaction with the surface makes it difficult to confront the models with observed evaluation parameters. A reasonable ideal 3rd GABLS case was found in the long observational dataset of the meteorological site Cabauw in the Netherlands . To make comparison with observations possible care was taken to prescribe realistic advective tendency terms to the SCM’s. These were estimated from both local observations and hind casts of several 3D NWP models. The specific characteristics of the Cabauw site with its flat topography (van Ulden and Wieringa, 1995; Beljaars and Bosveld, 1997) makes it well suited to study decoupling around sunset, inertial oscillation and low level jet and the morning time transition to convective conditions (Angevine et al. 2002).

Updates of the Site 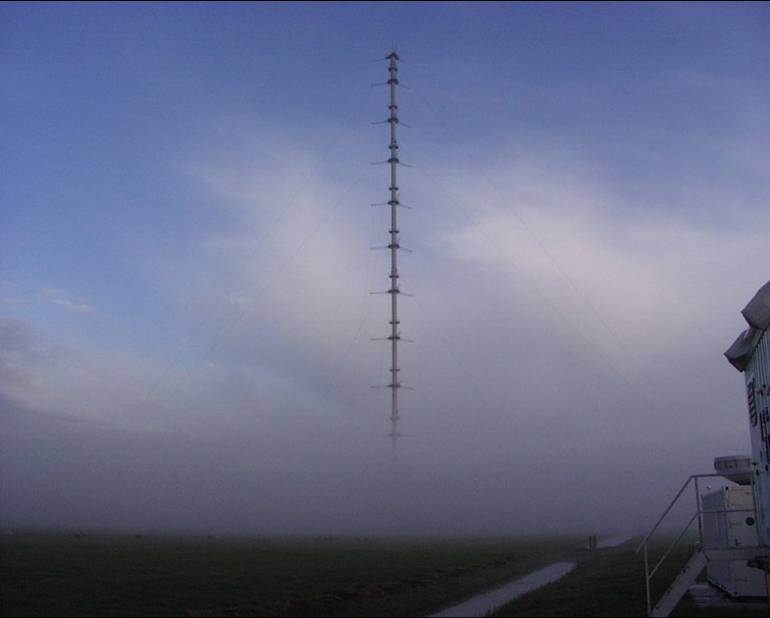