On the 26 and 27 August 2010, a series of showers embedded in a large scale low pressure system produced more than 130 mm of rain in the Eastern part of the Netherlands and western part of Germany. 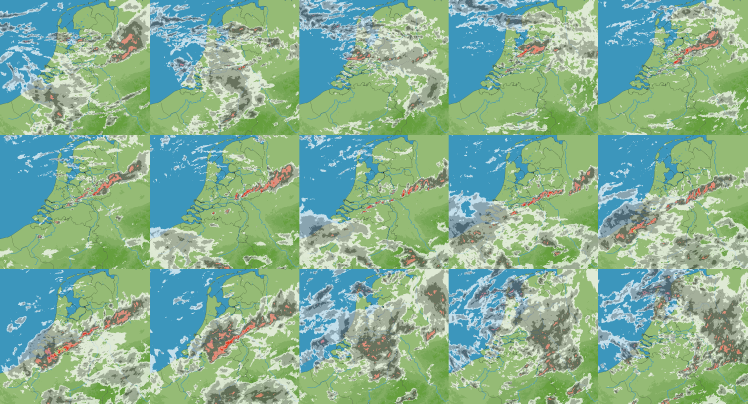 To understand this type of precipitation extreme it is important to know where the water that rained out during this event originated from. In summer the atmosphere typically contains 20 to 30 litres of water per m2, in the form of water vapour, when integrated from the surface to the top of the atmosphere. Converted to rain this is equivalent to 20 to 30 mm. Therefore, it is clear that in this case only part of the rain that fell was contained locally in the atmosphere, and that the transport of water vapour by the atmospheric motions must have been important.

How could such an extreme manifest itself in the future climate. This is an interesting case as several scales and processes appear to apply here: